Suggestion 5e: How does the suggestion spell work in D&D? 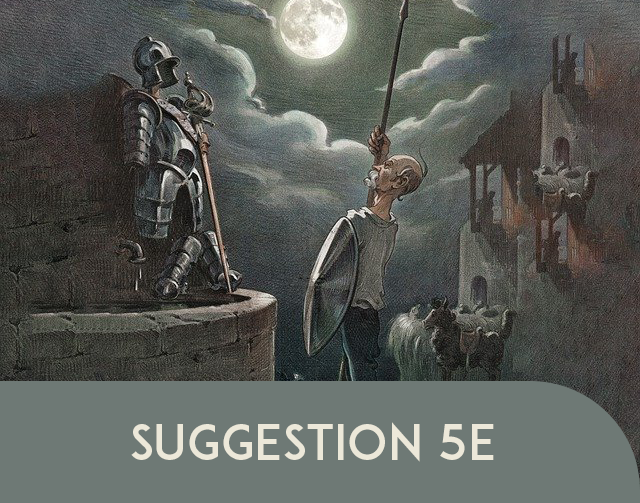 In Dungeons & Dragons: Fifth Edition, Suggestion 5e is a 2nd-level spell. A character can be compelled to complete an action by using this spell from the School of Enchantment, as its name suggests. A Bard, Sorcerer, Warlock, or Wizard can typically use this. Suggestions 5e last up to eight hours. A creature cannot be compelled to do anything that would be immediately, clearly harmful to it. Spells may be prematurely ended if you suggest stabbing yourself, self-immolating, or doing something like that.

If the spell is successful, the affected creature will carry out the task to the best of its ability. The total duration of a successful cast of the spell is 8 hours. If the entire spell duration is not used, the spell finishes when the job is complete. It is an advanced form of “Command.” Compared to command, which gives a task in one word, few sentences are allowed in Suggestion. You suggest a way of action and magically control a creature you can perceive within the range that can hear and recognize you. Creatures that can’t be charmed are immune to this effect. Generally, the target of a Suggestion spell is never conscious of the spell but is not valid in all circumstances.

Contents hide
1 The effects of Suggestion 5e
2 Advantages of using Suggestion 5e
3 Talk to your Dungeon Master about a spell.
4 How do you obtain the materials?
5 Upon which targets can you cast the Suggestion spell?
6 Mass Suggestion 5e
7 Conclusion
8 FAQs

The effects of Suggestion 5e

The Suggestion 5e spell is quite influential. The Suggestion spell has several uses if words are chosen cautiously. You should also have DM support. The spell of Suggestion must be cast in such a manner as to make the line of action sound sensible. The target should perceive your hidden agenda. It pursues the way of acting you described as well as it can. In psychology, suggestion involves presenting stimuli that may elicit a person’s desired feelings, thoughts, and behaviors instead of requiring a conscious intention to accomplish.

The suggested course of an act can persist for the whole time period. If the subject finishes the suggested task in less time, the spell ends as soon as the task is completed. You can also give the target a trigger as well. For example, you might suggest that a thief offers his highly valued possessions to the first person he sees. Now, if this thief goes around and doesn’t see a single person, the trigger cannot be met, and the spell is no longer last. Finally, if the target gets damaged by you or your followers, the spell will end as well.

You can do a considerable amount of tasks with the powers of Suggestion 5e. An inventive person can amuse by spell and have good fun. You can cast a spell on any person walking by and say, ”Hey, steal that key and throw it in the silage pile.” The stranger will run and steal the key if possible (he tries to act as best as possible). Once the key reaches your suggested area, then you can rescue your friend by unlocking the door of the jail. For example, you may need to cast spells on cultists to make them let you pass silently. However, you might need to state that your party is connected with the cult. They need to talk to their master and let you leave. These additional role-playing in Suggestion 5e can increase its success chances.

Talk to your Dungeon Master about a spell.

It’s best to discuss your spell with your DM in private. Perhaps you both can come up with various logical ways and avoid those that are not so sensible. Early contact allows you to save arguments and haziness later, so always make sure to talk.

How do you obtain the materials?

The material components of the spell combine the tongue of a snake with either honeycomb or sweet oil. All of this is probably in your component pouch if you have one. Despite not having a component pouch, it shouldn’t be challenging to find the components. Depending on where you live and the climate, you might be able to find a snake’s tongue if you manage to defeat a giant serpent and cut its tongue out, or you might even find one if you hunt for regular-sized snakes.

Snake’s tongues can easily be obtained by rolling a couple of dice and role-playing, or you can buy one from an alchemy shop. Almost all restaurants, taverns, and general stores have sweet oil or a bit of honeycomb. Sweet oil is quite common, and honey isn’t much more expensive than a few silvers. Once you have these items, you can cast the spell indefinitely. They do not need to be consumed when you cast the spell. It is certainly hard to understand how you would use these materials to role play casting the spell. It is likely your character doesn’t like casting it. What are you focusing on? Try not to imagine what it feels like to hold a snake tongue.

Upon which targets can you cast the Suggestion spell?

Firstly it is essential that the target can listen and realize you. If the target is unable to understand your language, your words, or is deaf, then the Suggestion does not work. Targets such as the demonic, possessed, or supernatural are also incapable of having Suggestions cast upon them. While Suggestion is different from enchantment, if the target cannot be enchanted, they cannot be spelled either. Still, most creatural enemies speak familiar and can be charmed. If they do not talk familiar, then you can charm them to use other languages that you speak. In that case, your extra language becomes your power.

In mass Suggestion, you can suggest a line of action (in just one or two sentences) and can control up to twelve subordinates. But they must be in your range and can listen and understand you. Creatures that can’t be enchanted are immune to this spell. It is a 6-level spell. Its range is 60 ft and its time period is 24 hours. The time duration can last for about ten days if you use a 7th-level spell slot. The spell may last as long as 30 days when using the 8th-level slot and up to one year by using the 9th-level spell slot.

Suggestion 5e is 2 level spell in Dungeon and Dragon tabletop game’s fifth edition. Any creature can be bound to complete an action by using this spell. The target is usually unaware of the spell and utilizes all his capabilities to perform the suggested task. You can perform many tasks using the power of magic and have a lot of fun.

Apart from this, if you are interested to know about Dimension Door 5e then visit our gaming category.

Is the Suggestion spell proves helpful?

The Suggestion is generally very effective and helps you a lot, but it depends on how you suggest it.

Suggestion or Charm which is better?

A suggestion is better than charm because it lasts for a longer duration in most cases and can be used on a wide variety of things.

What is the level of Suggestion spell?

It is the second level spell in dungeon and dragon’s fifth edition.