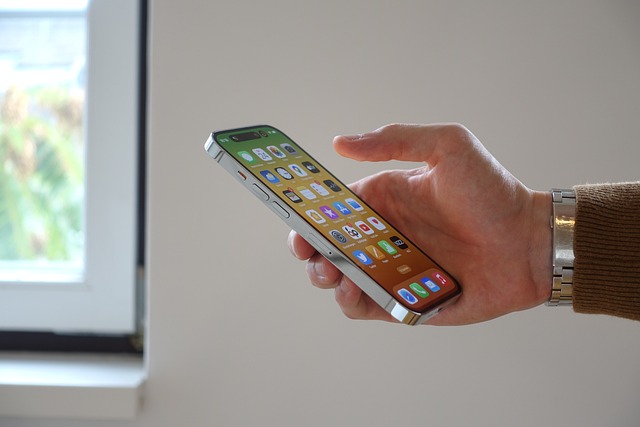 Apple launched iPhone 14 series recently. This series includes iPhone 14 model, iPhone 14 Plus model, iPhone 14 Pro model, and iPhone 14 Pro Max model. When any new flagship smartphone is released, people always report a few bugs and errors, no matter how unique they are. True Geek LLC, a phone repair store in Hanover, PA, has compiled some of the quick fixes for the latest problems reported in iPhone 14 series by people. Several issues are reported in the 14 series, including battery, display, camera, and connectivity issues. Software issues like camera app problems and iMessage issues have also been reported. Don’t think that you are alone in this problem. After spending a huge sum of money on a new iPhone 14 series, nobody wants to face these petty issues. In this article, we will go through all the possible solutions for new problems and errors.

The iPhone 14 series has four models. All four iPhone 14 series are upgraded in design, display, upgraded camera, and better performance. iPhone 14 model and 14 Plus are the same in design as last year. They are the best camera sensors and crash detectors. The front camera has been improved as well as the battery life. The most remarkable and noticeable difference came in Pro models. One of the new features that are a part of iPhone 14 Pro models is Dynamic Island which is a cut-out shaped in a pill that is home to Face ID sensors and a front camera.

The iPhone 14 series is considered the greatest and latest apple phone, but it is not flawless. Like other electronics, these smartphones are prone to malfunctions and occasional damage. Below are all the problems reported by iPhone users so far and their solutions by cell phone repair store in Hanover, PA.

Some people are facing storage full problems with their iPhone 14. People are complaining that they have purchased their iPhone 14 recently, and their storage is getting full just by the system data within a day or two. Pro users are also facing this problem which has been reported to apple. The fix for this issue is yet to release from apple; until then, apple and the cell phone repair centres are suggesting people restart their phones when they face this problem or reset it again. Sign out of your iCloud ID, wait a while and log in to see if you receive the full storage notification.

Some users have reported that the auto-focus feature on the camera is not working, mostly in iPhone 14 pro and pro max. Phone repair stores suggest closing all apps in the background, including the camera app. Wait 30 seconds for this issue and launch the app to see if this issue has disappeared. Try to update your iPhone with the new iOS update.

People faced bricking issues when they tried to transfer their data from their old iPhone to the new iPhone or from iCloud. While moving the data, the screen went black and unresponsive, and you couldn’t even do anything with the power button. The fix for this issue is force restarting your phone. To do that, apple repair stores in Hanover, PA, recommend pressing and quickly releasing the volume up button and doing the same with the volume down button. In the end, press and hold the power button until you see the apple logo on your screen. This fix is temporary, as Apple is releasing a permanent fix in the new iOS 16.0.2 update, which will resolve the issue.

This is one of the most common issues people face right after getting their hands on the iPhone 14. The camera started shaking while using third-party apps like Snapchat, Tiktok and Instagram. Whenever people shoot a video from third-party apps, the OIS on the primary camera goes haywire. The camera started vibrating, shaking and making weird noises. This problem can be fixed simply by updating your iPhone to iOS 16.0.2, which has the fixes for all the issues. If you haven’t received this update, try to avoid using third-party apps for some time until the update comes; otherwise, you will damage the camera.

This is an issue. People would get prompts while pasting anything into third-party apps. Apple acknowledged this issue. Updating your iPhone to the latest update will resolve this issue.

Many people believe they have recently bought an iPhone 14 and shouldn’t face battery issues. There can be two reasons behind the battery problem. The first issue can be the always-on display feature which consumes more battery. The second issue can be installing the iOS 16 update with low optimisation, which consumes the battery. If facing this issue, you can turn off the always-on option from the settings. Updating to iOS 16.0.2 will also solve your problem.

Dynamic Island’s iPhone 14 pro and pro max models have introduced a new feature. People face poor optimisation problems in the dynamic island feature, which expands and contracts with a little vibration if you unintentionally touch it while playing a game. Apple has not reported a permanent fix to this issue, but phone repair stores, along with apple, suggested to turn-off the dynamic island feature while playing the game.

iPhone 14 series is great, but like any other electronic gadget, it is prone to damage and is not faultless. If you are facing any of these problems, go through this blog to fix your issues. Cell phone repair store in Hanover, PA, has given all the fixes to these issues. Keep updating your iPhones and if you face major problems, see the expert technicians get it solved.