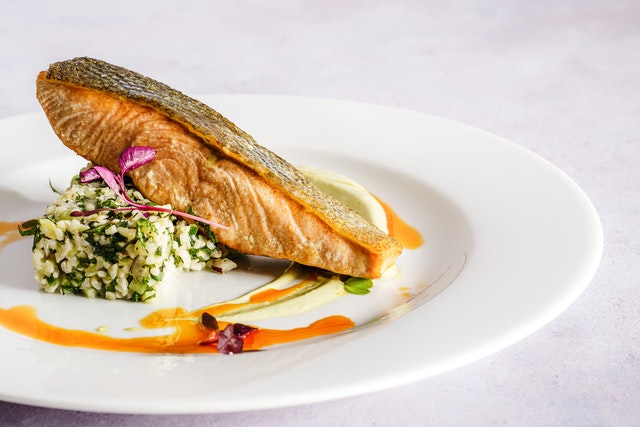 Thickening agents increase the viscosity of a substance, which in the science of cooking is an essential tool to manipulate the texture of a meal for a variety of purposes without necessarily altering its taste. It is also essential to create structural integrity within a mixture, such as a pastry. Flours are perhaps the most common thickening agents used in pretty much every baking recipe, as they are a rich source of starch, which thickens substances via a process called gelatinization. This happens when intermolecular bonds between starch molecules are broken down in the presence of hot water, dissolving starch granules, which then absorb the water around it, making the substance more viscous. However, there are medical/nutritional reasons not to use conventional flour, for example, if the person or people you are cooking for are gluten intolerant or celiac. However, there are alternatives, which this article will now explore.

Starch is by no means the only way to increase a food’s viscosity, as proteins also affect the physical properties of water. Egg yolk is one of the most efficient protein-based thickeners, as are collagens, found in nearly all connective tissues, gelatines, produced by partial hydrolysis of collagens from animal products, and yogurts, a common dairy product. Fat-based sources also make good thickening agents in cooking, a common example being butter. Honey has also been used as a thickener in various contexts and is a rich source of glucose. However, all of these rely on the use of animal-based products and so would not be suitable for those on a vegan diet.

Purees are a well-known vegetarian option for thickening foods, such as tomato puree. Synthetic thickening agents also exist, such as SimplyThick gel, some of which exclude animal products and can be used in a variety of ways. Another way to increase the viscosity of a substance, such as a sauce, is to simply boil the water off of it via patiently slow cooking your meal. This not only increases the thickness of the sauce but can also allow time for it to bind with ingredients, leading to better integration of flavors.

Food is not the only nutritional source that one may want to thicken, as the same applies to beverages also. Some alcoholic drinks, especially liquors, for instance, require a thickener, as do most soups and a variety of juices. One may even want to thicken tea or coffee, to alter the drink’s texture. Similarly, if one has difficulty in swallowing, for example, if they suffer from dysphagia, then drinking, or eating for that matter, may be difficult or even dangerous without a thickener.

There are also other food thickeners less well known, such as sugar polymers, which include vegetable gums such as pectin extracted from Citrus peel, guar bean gum, and locust bean gum extracted from carob bean. Many of these agents are both vegan and gluten-free, making them ideal for some with a specifically tailored diet. However, their obscurity also makes them difficult to source regularly.

Read More: Top Advantages of Having a Bean Bag Chair in Your Home